But faked history serves no one, especially when it buries important truths that have been hidden far too long. Despite a lack of documentation, tales of actual tunnels through which fugitives supposedly fled persist in communities from the Canadian border to the Mason-Dixon Line. Popular songs associated with the underground rarely withstand scrutiny, either.

Legend has also elevated to nearly superhuman status the underground conductor Harriet Tubman, typically claiming that she led north more than slaves. The actual number was closer to 70, according to a Tubman biographer, Kate Clifford Larson. Such fictions rely for their plausibility on the premise that the operations of the Underground Railroad were so secret that the truth is essentially unknowable.

None mention quilts, tunnels or, with the rarest of exceptions, any hiding place more exotic than a barn or attic. Most successful fugitives were enterprising and well informed. The Underground Railroad provided shelter, transportation and guides, but through most of the North its work was hardly secret. In some places, activists distributed handbills announcing what they were doing and how many fugitives they had helped.

Jermain Loguen, the African-American leader of the underground in Syracuse, advertised his address in local newspapers as an aid to freedom-seekers. The larger importance of the Underground Railroad lies not in fanciful legends, but in the diverse history of the men and women, black and white, who made it work and in the far-reaching political and moral consequences of what they did.

View all New York Times newsletters. During the long dark night of Jim Crow politics, these deeper truths of the Underground Railroad were suppressed: in a nation committed to segregation and blind to racism, the story of a politically radical, biracial movement led in part by African-Americans was far too subversive to accept. Eye-catching quilts and mysterious tunnels satisfy the human penchant for easily digestible history. Myths deliver us the heroes we crave, and submerge the horrific reality of slavery in a gilded haze of uplift. But in claiming to honor the history of African-Americans, they serve only to erase it in a new way.

Americans still have a difficult time talking about race and slavery, and the Underground Railroad deserves to be part of the national discussion. It forced Americans to think about slavery in new ways, by delivering tens of thousands of former slaves into Northern communities. Myth: Many slaves escaped from the Deep South. Truth: Because runaway slaves could not expect any help until they got to a free state, it was more difficult for slaves in the Deep South like Alabama and Louisiana to make it to freedom. Slaves in the Deep South had much further to go, and they had to do most of the traveling on foot.

As a result, most slaves who successfully escaped were from states in the upper south like Kentucky and Virginia, where they had a better chance of making it to bordering free states like Ohio and receive help from members of the Underground Railroad.

go here If there had been one route that was used regularly, the slave catchers would have known about it and would have shut it down. There were likely almost as many routes as escaping slaves.


Myth: Most people in the North supported the Underground Railroad and welcomed runaway slaves into their states. Truth: Only a small minority of people in the North worked on — and even supported — the Underground Railroad. In fact, many did not welcome fugitives into their states. In , Ohio passed a law prohibiting runaway slaves from entering the state. But this term was used mostly in the North. Most slaves in the South would not have been familiar with the term.

Myth: Enslaved African Americans depended on others, like Harriet Tubman coming to their plantation, to help them make their escape. Truth: Enslaved African Americans were not passive in their escapes. They planned and carried out their own escapes, usually alone. Myth: Slaves made quilts that had specific symbols — or codes — that helped slaves escape. Slaves used the quilts since many of them were illiterate. Truth: People in the s, including slaves, made quilts. Sometimes these quilts had symbols in them, but they were not secret codes that helped runaway slaves. Before then, there was no talk about a Secret Quilt Code.

In all the interviews with freed slaves done in the s, no one mentioned the Code, and since , many historians have disputed the truth to the story.

It is also unrealistic to expect that slaves could gather the material and make a quilt fast enough to help escaping slaves. Escaping slaves certainly did not carry quilts with them in their escape to freedom — they were just too heavy. 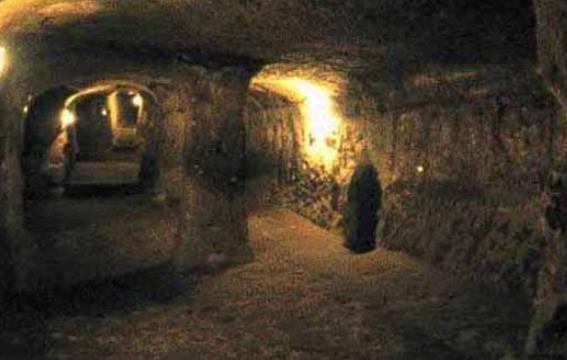 Truth: While spirituals were passed orally from slave to slave, there is no evidence that the songs were used to help others escape. The truth is that the lyrics and the chorus were written by Lee Hays and first published in — well after the Civil War had ended. Myth: Quakers were heavily involved in the Underground Railroad because slavery was against their religious principles.

Many Quakers did not believe that breaking the law to help fugitive slaves was a solution to slavery. Some Quakers had even been slave owners themselves. Myth: A lantern in a window was a common sign used to identify a safe house along the Underground Railroad. However, this was not a common signal. If it had been, the slave catchers would have quickly learned of it, and used it to identify safe houses. Myth: All slaves who escaped went to the North. Truth: While many slaves ventured for free northern states and Canada, some escaped to places like Florida to rural, isolated communities of blacks in the South.

Truth: While the number is often debated, some believe that as many as , slaves escaped on the Underground Railroad between and